Crowdsourcing patent research is a fascinating example of how a crowdsourced business model can start to influence the mainstream, and transform the way things are done.

Crowdsourcing is changing the patent and intellectual property industry. The way it has evolved gives an interesting glimpse into how crowdsourcing is infiltrating different business sectors. 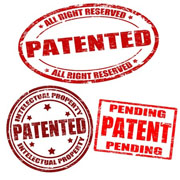 The research involved in filing or challenging a patent revolves around finding the “prior art” of a patent’s subject area. In the past this has been the preserve of a relatively traditional industry model complete with government agencies and professional services firms.

But the increasingly global nature of intellectual property, the opening up of searchable patent databases on the web (made even easier thanks to Google), the high number of questionable patents and a highly litigious world has resulted in both commercial pressure and a clear opportunity to open up the sector to crowdsourced models.

Tapping the talent of both patent professionals and amateur researchers has some obvious benefits in lower costs, but it can also result in more extensive searches across multiple territories and in different languages. If there is interaction with the crowd along the way it also allows a more iterative approach to directed searches as new leads and unexpected avenues emerge.  Ultimately all this helps reduce risks for any company filing a patent.

Crowdsourcing patent research was actually a basis for an early experiment in crowdsourcing, and there is a history of different experiments in this area.

BountyQuest was set up in 2000 and backed by investors including Jeff Bezos and Tim O’Reilly. It challenged the crowd to find prior art. However despite the big names involved, the company ultimately failed,  and it may simply have emerged too early to succeed.

In 2008 Article One Partners introduced a similar model and the company is still the market leader for crowdsourced patent research.  It currently has around 30,000 researchers on its books, has awarded over US$5 million in prizes and counts Microsoft as one its clients.

When we wrote the first edition of Getting Results from Crowds we commented that Article One does not have any significant competition from other crowdsourcing platforms.

While Article One remains the market leader, competitors have emerged and appear active with plenty of challenges and prizes set. Other providers include BluePatent, based in Germany, and Patexia which was founded in 2010.

Influence on the patent agencies

Perhaps the most interesting aspect on how a crowdsourcing model has started to change the intellectual property industry is the experiments involving government patent agencies themselves.

As far back as 2007, the United States Patent and Trademark Office (USPTO) ran a crowdsourcing pilot called Peer to Patent which was “an online system that aims to improve the quality of issued patents by enabling the public to supply the USPTO with information relevant to assessing the claims of pending patent applications.”

In a climate where the Obama administration has encouraged US federal agencies and departments to crowdsource and use competitions, USPTO’s flirtation with crowdsourcing has continued.

In 2012 USPTO took advantage of the America Invents Act to allow third parties to submit relevant materials to help patent examiners. The process was helped by the creation of the patent search at Google, and an “Ask Patents” community set up by Stack Exchange. However some commentators have questioned the success of the scheme with only around 1,200 “third-party preissuance submissions” over the first fifteen months.

The USPTO is now exploring ways to make crowdsourcing work better, and in April 2014 it convened a roundtable on the subject to gather public opinion on the topic.

Meanwhile new twists on crowdsourcing patent research continue to emerge.  GE and Quirky, a crowdsourced invention and manufacturing platform,  announced a partnership, which recently resulted in the commercial production of a smart air conditioner.

As part of the deal inventors on Quirky can search through GE’s own database of patents prior to submitting an idea, although some have been critical of the commercial terms for inventors regarding who ends up with the IP rights. #

The influence of crowdsourcing

The crowdsourcing model has clear value for discovering prior art. Looking at how it is changing the patent industry is a classic example of what is happening in some other areas where early experiments are superseded by a commercially successful model. Eventually crowdsourcing infiltrates the mainstream.

Which direction do you see crowdsourcing patent research heading? Do you think more government agencies will encourage its use? Is there room for another strong presence to compete with Article One?  Is there a downside to using the crowd to research prior art?  We’d love to hear your comments!

Using social network analysis to uncover authority and centrality Civic crowdfunding and the future of government and taxation
Scroll to top
This website or its third-party tools use cookies to improve user experience and track affiliate sales. To learn more about why we need to use cookies, please refer to the Privacy Policy.