Some of the interesting insights from the study include:
END_OF_DOCUMENT_TOKEN_TO_BE_REPLACED

Klout today unveiled a major change to its algorithm and scores. Here are some thoughts on the changes.
END_OF_DOCUMENT_TOKEN_TO_BE_REPLACED

Yesterday I spoke at a business leaders lunch event in Darwin on the Future of Business organized by the Australia-Israel Chamber of Commerce and Optus.

Following my keynote John Paitaridis, Managing Director of Optus Business, shared some of the highlights of a recently released Optus Future of Business report, based on an extensive survey of corporate Australia.

One of the pointed themes that emerged from the study was that customer expectations are driving uptake of social media and digital intiatives. This happens to be highly aligned with my perspective that increased expectations are at the heart of social change, as expressed in my Transformation of Business framework.

Here is some of the interesting data from the report: 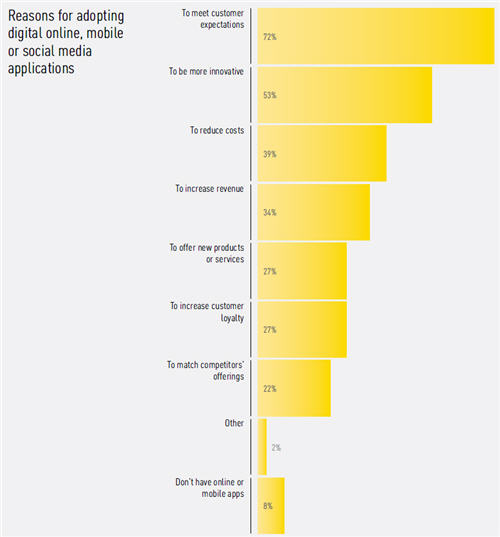 I have recently been running a series of social media workshops for retailers in a franchise chain.

The workshop starts with a big picture view and then runs through detailed guidance on establishing a presence, building engagement, and driving success, interspersed with group exercises to set objectives, think through stratgies, and set action plans.

One of the exercises I take the participants through in the workshops is thinking through their online voice and identity.
END_OF_DOCUMENT_TOKEN_TO_BE_REPLACED

In this case, we need to tell a credible story on how Facebook loses its predominant position in social networks.
END_OF_DOCUMENT_TOKEN_TO_BE_REPLACED

This afternoon I am giving a keynote on Social Media and the Future at the Australian CIO Summit in the Gold Coast.

Here are the slides from my presentation. As always, my keynote slides are shared with the proviso that they are designed to accompany my presentation and are NOT intended to be useful on their own. However you might find them of interest.

Keynote: Social Media and the Future from Ross Dawsn

To provide just a little context on the flow of my keynote:
END_OF_DOCUMENT_TOKEN_TO_BE_REPLACED

My recent European speaking tour was divided around equally between deep dives into crowdsourcing and where it is going, and keynotes and workshops for Chief Information Officers on shifts in the business environment and how that will shape the future of the IT function.

A key theme of the CIO workshops was their opportunity and responsibility to move to the center of strategy within their organizations.

My Transformation of Business Framework provides an overview of some of the driving forces and how they are playing out across the business landscape.

I think it is often useful to consider what the business environment might be in say five years from now, and the characteristics of organizations that will be successful in that world.

Some of the ways we are likely to describe those successful organizations include:
END_OF_DOCUMENT_TOKEN_TO_BE_REPLACED

END_OF_DOCUMENT_TOKEN_TO_BE_REPLACED

That is crazy. Emailing documents back and forth is fraught with staggering problems, not least version control.
END_OF_DOCUMENT_TOKEN_TO_BE_REPLACED

The day started by giving the keynote at a Consumerization of IT event run by CIO Magazine, supported by HP and Microsoft.
END_OF_DOCUMENT_TOKEN_TO_BE_REPLACED