Our views on what work is clearly need to evolve for a changing world.
END_OF_DOCUMENT_TOKEN_TO_BE_REPLACED

Looking further into the future of education, we may see a radical restructuring of how we learn, not just in schools and universities, but through our entire life. Classrooms will continue to exist, enhanced through the use of a wide range of new tools, technologies and methodologies. Education will also become an ongoing part of everyone’s lives, and embedded into our employment, helping us improve our skills and capabilities while we work.
END_OF_DOCUMENT_TOKEN_TO_BE_REPLACED

I was honored to recently give a Special Lecture at Stony Brook University in Long Island, NY, on Leadership for the Future of Work.

I discussed how in a world in which work is dramatically changing, we must all show leadership in taking the actions that will shape as positive a future as possible for society.

Two articles on my keynote captured some of the points I made.

A piece in The Statesman Keynote speaker Ross Dawson discusses the future of work noted:
END_OF_DOCUMENT_TOKEN_TO_BE_REPLACED 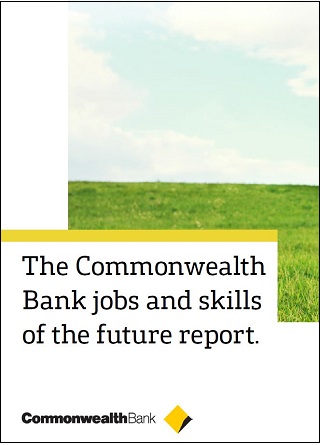 The report has been launched this morning and can be downloaded here (12.4MB).
END_OF_DOCUMENT_TOKEN_TO_BE_REPLACED

On Tuesday ABC ran a prime-time special program The AI Race, supplemented by other content including analysis and an interactive tool on the impact of AI on jobs.

The program was excellent, looking at people working in a variety of jobs from truck driver to lawyer and how AI might impact them.

I appeared on the program as part of an ‘expert’ panel discussing the implications of automation on the future of work with a group of young people. The segments where I appeared are in the video below.

END_OF_DOCUMENT_TOKEN_TO_BE_REPLACED

Influencer lists should be taken with considerable caution, however they can be useful general indicators of those who are shaping conversations in a particular domain.

Atos Netherlands recently shared an analysis taken from Right Relevance of the top influencers in the future of work, shown below.

END_OF_DOCUMENT_TOKEN_TO_BE_REPLACED

I recently was interviewed on ABC News about the future of jobs, in a panel dicussion with policy advisor Terry Barnes.

You can see a video of the interview below.

END_OF_DOCUMENT_TOKEN_TO_BE_REPLACED

I recently did a media briefing for Telstra Business on why small and mid-sized businesses need to adopt relevant technologies to keep pace with a rapidly changing business environment. One of the interviews I did after the briefing was with Kochie’s Business Builders.

The two short videos below were excerpted from the interview, with summary notes below.

END_OF_DOCUMENT_TOKEN_TO_BE_REPLACED

Many of the interviews I have been doing at the beginning of this year have focused on the future of jobs and work, it seems to be a topic that resonates strongly at the moment.

One of the interviews was on ABC News 24, as below.

END_OF_DOCUMENT_TOKEN_TO_BE_REPLACED

Yesterday I gave the keynote on Creating the Future of Work at The End of Nine to Five.

For the last years in addressing the future of work I have often focused on the human capabilities that will drive value as machines become more capable and the work landscape is transformed.

To help define and clarify these capabilities I created a landscape on the role of Humans in the Future of Work, which I first shared publicly in my keynote yesterday. 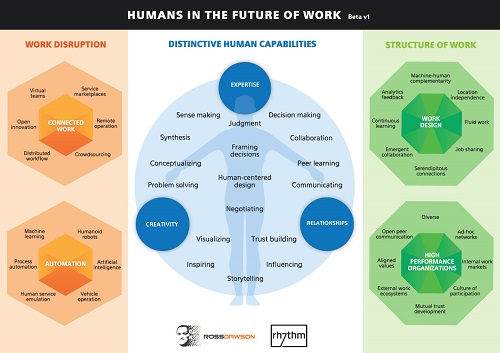 Click on the image to see full size
END_OF_DOCUMENT_TOKEN_TO_BE_REPLACED