Very interesting results out from a survey by Cooper Murphy Webb of British iPad users: 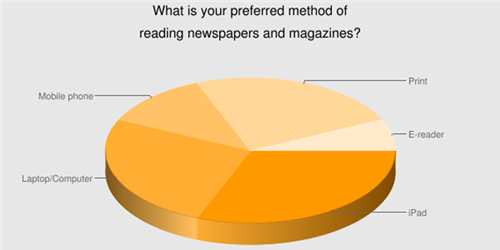 The study of 1034 iPad users in the UK showed that 31% prefer reading magazines and newspapers on their iPad, followed by 26% on their laptop/ computer and 24% on print. 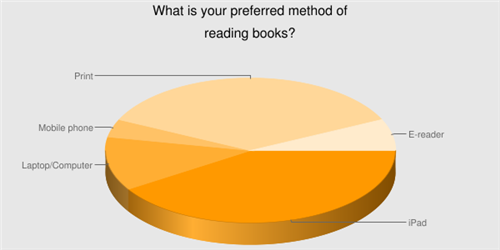 The iPad comes out as the preferred means of reading books too, with 41% choosing it, beating out print at 36%. 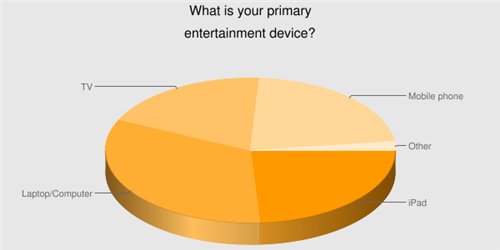 Generally, while the iPad hasn’t become the single preferred entertainment device, it is doing extremely well considering it was just launched 2 1/2 months ago in the UK. Laptop/ computer is in the lead at 33% (reflecting the very tech-oriented community that have been the early adopters of iPad), with iPad at 24% beating out mobile phones at 22% and TV languishing in fourth place at 19%.

Other results showed the iPad was the users’ preferred device for gaming, beating out games consoles, and well over a third preferred browsing the web on iPad over a laptop or computer.

The results are really quite extraordinary, when you consider that this sample of very recent users of iPads have transformed their media engagement habits, supplanting print for reading and computers for a number of other information behaviors.

The question is of course where usage patterns go to from here. It is plausible, though unlikely, that these early usage patterns will shift back to other channels after the initial infatuation with the iPad. Rapidly becoming an addict myself, I think it more likely that usage shifts even further to these devices from existing channels.

Certainly the tablet market will fragment as well as rapidly grow, and the iPad will no longer be the only game in town. While the iPad is an admirable product, people are shifting because of the form factor, and that it has been executed well. There is no question that once more and better tablet devices are launched, that reading and entertainment habits will be dramatically transformed, and not just by the early adopters.

The 12 key elements of iPad media strategy Infographic: iPad sales fly way beyond expectations
Scroll to top
This website or its third-party tools use cookies to improve user experience and track affiliate sales. To learn more about why we need to use cookies, please refer to the Privacy Policy.