The CITIE Framework examines 9 different areas in which cities can support entrepreneurship and innovation, shown here: 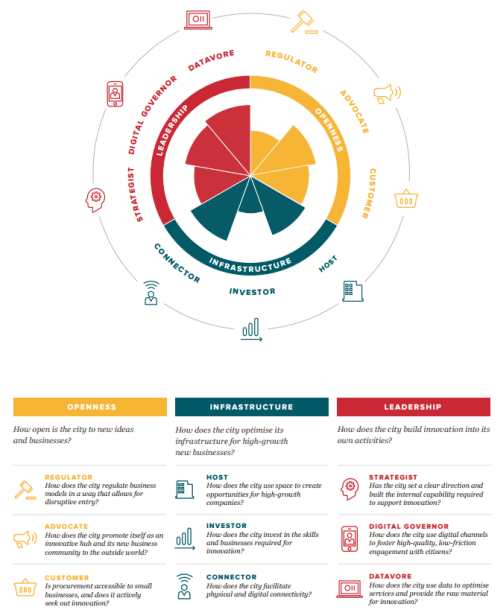 Each of these factors can be mapped on their importance to entrepreneurs, but also on the ability of cities to influence them. The report doesn’t look at the factors for which cities can have little short-term impact, such as house prices and quality of life, and focuses on the domains where they can implement initiatives that will have a real impact, such as access to customers, cost and availability of workspaces, and networking opportunities. 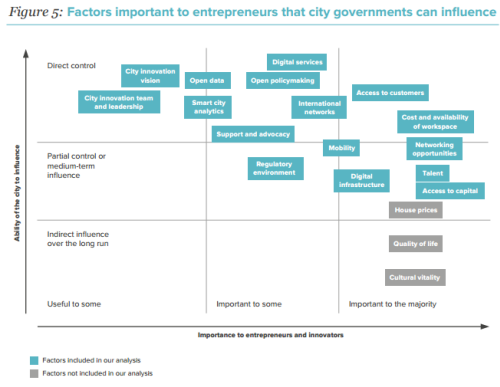 The report goes on to look at the 9 factors in detail, including ranking the relative success of each of the 40 cities covered in the study, and then goes on to provide a summary ranking of the position of each of the cities in driving innovation. 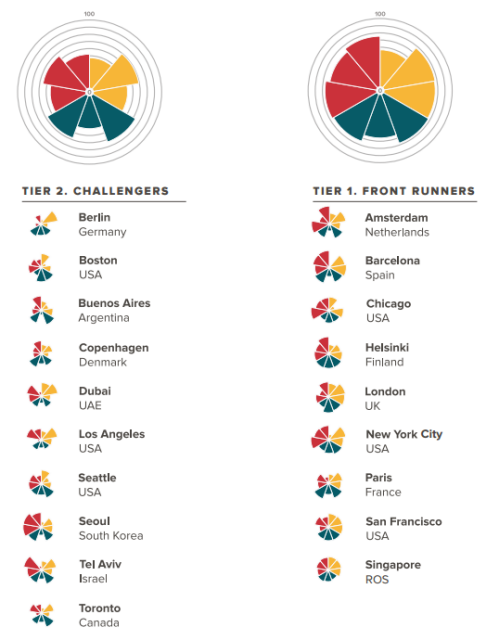 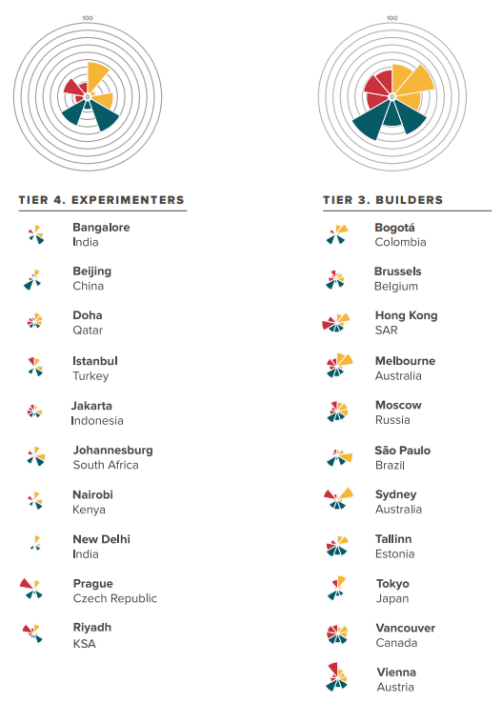 There is much that city governments can do to drive innovation; this report provides an excellent framework and analysis to support those initiatives.

How Brands Are Using Live Video Events: The Opportunity for PR The C-Suite Finally Embraces Social Media: Here’s What That Looks Like
Scroll to top
This website or its third-party tools use cookies to improve user experience and track affiliate sales. To learn more about why we need to use cookies, please refer to the Privacy Policy.