I recently travelled to Provence in the hills above Nice to give the keynote at the annual EuroCIO conference. I used my framework for the future of the CIO to point to the macro drivers of change in technology and society, and how these are shaping the technology function in organizations, and in turn the role of the CIO. 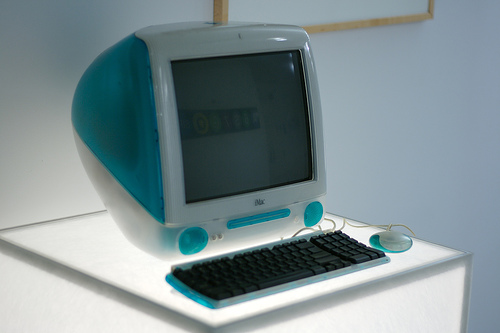 The single most important shift in society is that we expect more on just about every front that we can imagine. We expect more in everything around us, in terms of excellence in quality and service, opportunity for ourselves and our children, flexibility in our work, and openness and transparency from business and government.

It is a core aspect of humanity for us to seek and appreciate beauty, whether it is in the natural world or that which we create.

Certainly art has been central to humanity from our very beginnings. Royalty and the wealthy have long sought to make even their basic tools, utensils, and lodgings beautiful.

Yet during the twentieth century we went dramatically backwards, as functionality was deemed paramount and aesthetics often irrelevant. Le Corbusier’s austere apartment blocks and their East German descendants were a powerful symbol of supposedly efficient yet soulless living.

It is telling that almost all the early personal computers were beige, arguably the ugliest color in existence. Even Apple for the first two decades of its existence stuck its technology in ugly boxes, even though their user interfaces set the standard in usability and attractiveness.

However expectations have risen rapidly over the last couple of decades, to the point at which most of us quite simply expect beauty around us, not least in the tools that we use at work and our personal lives.

After long suffering the same blindness as other computer manufacturers, Apple finally woke up with the revolutionary release of its multi-colored iMacs in 1998, making consumers realize they wanted beautiful computers, not ugly ones. Other manufacturers swiftly responded. Today computers and phones are objects of beauty and aesthetics almost more than of function.

All of this speaks of the rise of design, perhaps the central concept of the 21st century. Design is fundamentally about combining function and aesthetics within constraints.

We of course have extraordinary constraints, not least environmental and economic, however working within those constraints design elegantly brings us function. Elegance is essential, and beauty is a simple step beyond.

Beauty is about transcending the mundane. Today we expect that.

Functionality alone is not enough to succeed in an increasingly crowded marketplace. Beauty is also required. We expect it, we can have it, and we are not prepared to settle for less.

Our expectations are increasingly about self-expression, about surrounding ourselves with things that are aligned with the essence of who we are.

In every domain, from enterprise technology through to consumer goods, companies must realize that beauty is now a basic expectation of their customers. And as they do we will together create a more beautiful world.

Mapping the entire human brain using AI and crowdsourcing: will we discover... Avatars Ascending: How robots will affect learning, skill development and j...
Scroll to top
This website or its third-party tools use cookies to improve user experience and track affiliate sales. To learn more about why we need to use cookies, please refer to the Privacy Policy.