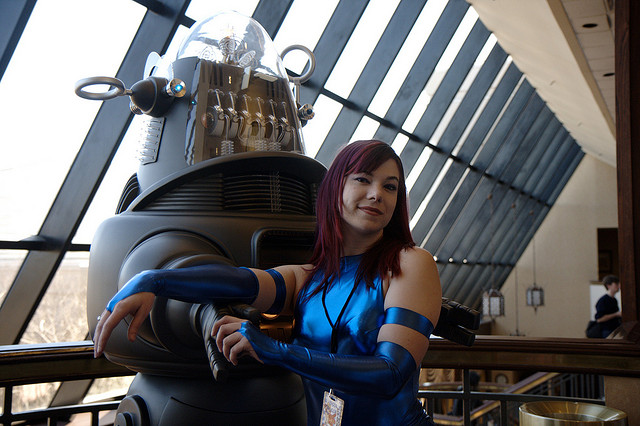 “Today, when you get a degree, it is already out of date.” This observation by futurist Ross Dawson reinforces the challenge of keeping pace with the smart machine era. Dawson believes that employment, skills and learning must respond to the growing roles of robots in our lives.

Will robots assail or avail the jobs market?

In an article from CIO Magazine predicting smart machine innovations, Forrester analyst Tim Sheedy states, “2015 will be the year we start to see information worker job losses because of intelligent systems.” The article also quotes a startling forecast by Gartner analyst Kenneth Brant: by 2020, smart machines will disrupt the majority of knowledge workers’ careers.

The rise of robots beyond the household and the blue-collar industries is complicating career choices. Zarif Aziz, a new engineering student at the University of Sydney, believes that robots will eventually replace most human workers. By studying a Mechatronics major, Aziz hopes to one day design robots and thereby secure himself a career.

The demand for innovative machines certainly boosts jobs in engineering, technology, and science. However, as Ross Dawson has told CIO Magazine, jobs for humans are not necessarily declining. Instead, jobs are changing in the type and level of skills they require. This was a focal point of Dawson’s keynote speech at the Youth Festival of ICT (YITCon), hosted by the Australian Computer Society.

Having the will to master new skills

At YITCon, Dawson recommended upskilling as a strategy to retain employability. He suggested that skills in complementary disciplines are likely to remain in demand, especially skills that are globally applicable. A Masters in both business and data analytics, for example, could prove more useful than a Masters in business alone.

Furthermore, Dawson explained that people who actively participate in social learning and informal learning would adapt better to the future. Competitions, such as the programming contests run by TopCoder, can encourage skill development and learning from peers. Likewise, Dawson recommends engaging with experts on social media to develop one’s own expertise. This is because community interactions, whether in person or online, remain vital to social learning.

Social skills and emotional intelligence will be crucial to a future where we collaborate with robots. As Aristotle once wrote, “Man is by nature a social animal.” Our penchant for relationships gives us a genuine advantage over robots, Dawson asserted.

Learning to build relationships with robots

Collaboration with robots can actually foster mutual learning. For example, children learning to write can teach the CoWriter robot to show improvements in its handwriting. By watching humans, the Apprentice Robots developed by Pieter Abbeel have learnt to fold laundry and fly model helicopters without being programmed for these specific tasks. Using virtual reality and 3D printing technologies, a full working robot from hardware group Wevolver will soon accompany a hospitalized child’s friends to the zoo. The child will conveniently direct the robot’s interactions from a remote control at the hospital.

Despite the value in such initiatives, robots’ growing capacities for independent learning have provoked ethical concerns and inspired many a dystopian movie. Nonetheless, robotics specialist Professor Hiroshi Ishiguro remains optimistic about a future where humans and humanoids will develop close relationships. Robots, he believes, will become our companions and social partners.

Humanity ahead of machines

However, robots lack intrinsic humanity. As Dawson reminded the listeners at YITCon, our ability to make high-level ethical decisions clearly sets us apart from our avatars. And we shouldn’t forget the vital skill that lets us make robots in the first place: creativity. The power to create what we dream, as Dawson said, “keeps us miles ahead of the machines”.

How soaring expectations of beauty are shaping technology and society Building richer mental models is the heart of strategy – the role of scenario...
Scroll to top
This website or its third-party tools use cookies to improve user experience and track affiliate sales. To learn more about why we need to use cookies, please refer to the Privacy Policy.