After having written my post to relaunch this blog last week, I am now – in theory – back in blogging mode, so I should be writing blog posts.

Passing the threshold of blogging

Which in itself comes to the nub of the experience of blogging, all the thresholds you have to cross to actually start and finish a blog post. What is compelling enough to say that you take the time to write it? How long or polished should pieces be? If I get started writing a post, how much time is it going to take to say what it is I want to say? When do I cut off a blog post and save the rest for the next post?
END_OF_DOCUMENT_TOKEN_TO_BE_REPLACED 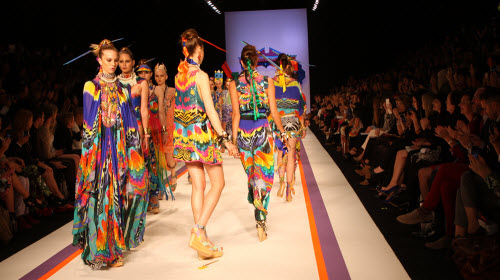 We have just launched a keynote speaker influence ranking page, giving an indication of the social and online reach of people who work primarily as keynote speakers. The widget is embedded below (and you can embed it in your own website if you want), though it is better viewed on the main rankings page.

There are and have been many influence ranking systems around. This one focuses on a particular group – keynote speakers – for whom online influence is particularly important, and brings together three measures: Klout, website traffic, and Twitter followers.

It is of course very easy to criticise any influence rankings mechanism, and we do not pretend this is by any means ‘accurate’, it is intended to be indicative and interesting. We have provided complete transparency by publishing the algorithm we use. The intention is to tweak and develop the algorithm over time. Let us know if you have suggestions on how to improve it!
END_OF_DOCUMENT_TOKEN_TO_BE_REPLACED

It is 12 years since I started this Trends in the Living Networks blog to accompany the launch of my book Living Networks. It is interesting to look at my posts from October 2002, in which I reflected on some of the earlier signs of the networks coming to life.

The original blog was on the book website, but a couple of years later I moved it to this domain, rossdawsonblog.com. At the time I put quite a lot of consideration into whether that was a good name, given that ‘blog’ was a neologism that might fade or be replaced.

The concept of a blog is now firmly mainstream, with not just tens of millions of people and many companies blogging, but a significant chunk of mainstream media having shifted to blog-like formats.

I still spot many articles about how to get attention to your new blog, and many people still seem to be setting up blogs (though of course many are also abandoning them after having tried for a while).

So what are some of the things I have learned from 12 years of blogging?
END_OF_DOCUMENT_TOKEN_TO_BE_REPLACED

As reflected by the title of this blog, networks have long been at the heart of how I see the world.

I have applied the tools and approaches of network analysis to a wide variety of domains, including organizational analysis, industry analysis, client relationship analysis, influence networks, sales and innovation networks, high-performance personal networks, and far more.

Much of my work today is helping organizations and senior executives to think effectively about the future, so as to set and implement effective strategies for success. However network analysis is an invaluable complement to that work, applying it as a tool to help improve performance.

In a networked world, we must understand the networks in which we are embedded.

On RossDawson.com I have just published a brief piece Futurists on Twitter: An analysis of network centrality and authority.

The chart showing the network analysis is shown below, uncovering authority and centrality among futurists on Twitter. Zoom in by clicking on the image.

Read the article for full details on the analysis.

I recently wrote Why conversational skills are needed to create a high-performance, engaged, networked organization, reflecting on an executive roundtable discussion I lead as part of the 21st anniversary celebrations of the Graduate School of Business of the University of New England.

The roundtable was also written up in the Australian Financial Review, which provides a good summary of the discussion in a piece titled Conversation killers: managers who can’t talk the talk.

Interestingly, what the journalist drew out from my contributions was about the rise of microblogging:

Dawson said micro-blogging had soared with employers including Deloitte, the NSW Department of Education and NSW Department of Premier and cabinet using microblogs for internal communication with staff. “Of all the social media platforms microblogging is the most akin to conversation,” he said. “Email is not going to die, but it is reducing,” he said.

END_OF_DOCUMENT_TOKEN_TO_BE_REPLACED

ABC journalist Mark Colvin last week delivered the Andrew Olle Media Lecture, a prestigious annual lecture on journalism. Mark is a Twitter afficionado as well as journalist with over three decades of experience, making him a great choice for the lecture this year.

The full transcript of the lecture provides rich stories from the history of journalism in Australia, and an incisive view of the present.

On the topic of crowdsourcing, Mark says:
END_OF_DOCUMENT_TOKEN_TO_BE_REPLACED

Some of the interesting insights from the study include:
END_OF_DOCUMENT_TOKEN_TO_BE_REPLACED

Klout today unveiled a major change to its algorithm and scores. Here are some thoughts on the changes.
END_OF_DOCUMENT_TOKEN_TO_BE_REPLACED

In this case, we need to tell a credible story on how Facebook loses its predominant position in social networks.
END_OF_DOCUMENT_TOKEN_TO_BE_REPLACED