For the last few years Richard Watson of NowandNext has created annual trend maps based on city subway maps. This year he has been more ambitious, creating a highly detailed map with five time zones, ranging from 2010-2015 out to 2035-2050.

For the previous three trend maps (shown at the bottom) I collaborated with Richard and we co-branded them with Future Exploration Network, however time pressures this year meant that I haven’t directly contributed to the 2010 map. It is still as rich and glorious as ever – spend some time delving into the trends ahead! 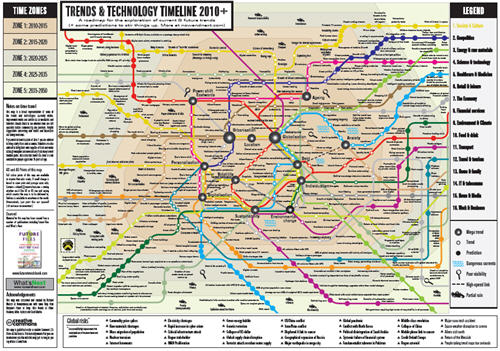 MEGATRENDS OF THE TREND MAP

Click on the images below for the original blog posts and full-size pdfs. 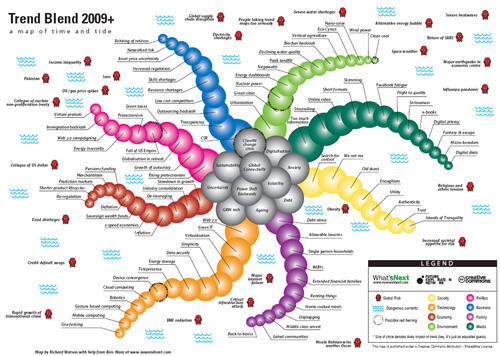 Top blog posts of 2009: 8 Perspectives on Influence Where is privacy heading and who is driving it?
Scroll to top
This website or its third-party tools use cookies to improve user experience and track affiliate sales. To learn more about why we need to use cookies, please refer to the Privacy Policy.