One of the key themes at our Future of Media Summit 2008 (Silicon Valley July 14 simultaneous with Sydney July 15) will be the future of privacy and targeted advertising. The panel run across the locations will include top executives from Traffic Marketplace, Dataportability.org, Acxiom, and Electronic Frontier Foundation (see event site for details).

This topic is at the heart of the future of media. In a world awash with advertising, shown to a fragmented and increasingly cynical audience keen to avoid it, the value (and thus the price) of advertising is falling. Media proprietors are finding it harder to pay for content production, and in many cases media properties are getting smaller. 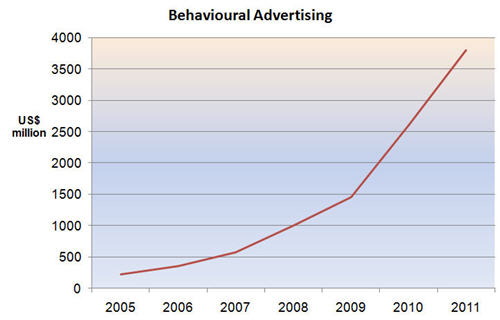 What could entirely change the equation is targeted advertising, in which people are shown advertisements that are relevant to their interests, profile, and forthcoming purchases. Often the best way to understand people is to study their behaviors, thus the current emphasis on ‘behavioral targeting’. This would make the advertising far more valuable to advertisers, media companies would make more money, and media consumers should be happy because they get relevant and interesting advertisements.

But it’s not quite that simple. Many people are unhappy with the idea of large corporations gathering detailed information about them, to the point that they “understand them better than they do themselves”. Done well, this can create value for individuals in many ways. But doing it badly means people will demand privacy and turn their backs on receiving advertising that is of interest to them.

I’ve been deeply interested in shifts in attitudes to privacy for well over a decade. It was back in 1999 that Scott McNealy said “You have zero privacy. Get over it.” And the reality is that people have been getting over it. Yet there are limits. Ten years ago and five years ago there were real uncertainties in the direction of attitudes to privacy. Still today, it is very hard to predict where things will go, even in a world in which privacy is disappearing, and many people display a high level of exhibitionism or openness in how they share their lives online.

In the New York Times today, an article on Our Paradoxical Attitudes to Privacy describes the privacy paradox, drawing on the work of ‘behavioral economist’ George Lowenstein to show how we are highly inconsistent in our attitudes to personal privacy.

“The cues that we rely on through culture and evolution to tell us there is a privacy issue are not present on the Internet,” he said. Meanwhile, “the same technology magnifies the risk.”

To complement this, a study just released by eMarketer says that while over 70% of Internet users are aware that their online activities can be tracked, just 23% of them are comfortable with that. In summary the report said:

“Consumers want ads that are relevant to their needs, but they have mixed feelings about how that relevancy should be determined.”

To make all of this more pointed, those who haven’t already should look at Vishal Agarwala’s Do you have a Facebook Flash piece, which describes the implications of the information you divulge on Facebook, and goes into the good ol’ CIA connections from the company. [Thanks for the ref to Tom Kendall/ Of The World TV] 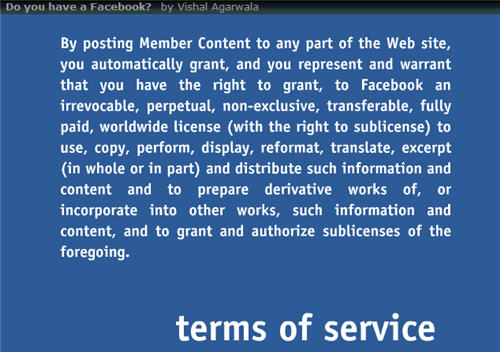 Free webinar this Thursday on SmartCompany: Six Driving Forces Changing Med... The symbiosis of media: Journalists find stories on Twitter
Scroll to top
This website or its third-party tools use cookies to improve user experience and track affiliate sales. To learn more about why we need to use cookies, please refer to the Privacy Policy.