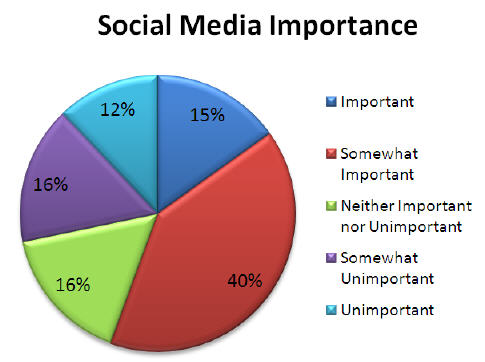 Social media is used extensively by journalists to publish and promote what they have written, with just 14% saying they don’t use social media at all for spreading word on their work. Almost two-thirds say they use blogs (presumably usually not their own), and 57% use Twitter or other microblogging sites to point to their articles.

Journalists on the social media tools they use to publish, promote and distribute what they write

Both of these statistics reinforce what I wrote in 2006 describing our Future of Media Strategic Framework about the symbiosis of mainstream media and social media:

The symbiosis of mainstream and social media

A symbiotic relationship is emerging between mainstream media (such as newspapers and broadcast), and social media (such as blogs, podcasts, and online social networks). Mainstream media and social media feed off each other. Blogs provide a vast public forum for discussion of content provided by major media. Leading blog search engine, Technorati, has enabled every online piece on The Washington Post, Newsweek and Associated Press newspapers to display the complete blog discussion about that article, turning an article into a conversation visible to all. At the same time, it has become common for mainstream media to quote blogs and bloggers, sometimes exclusively, and the conversations between bloggers often provide the ideas for media stories. Together, mainstream and social media create a single media landscape in which we can all participate.

Not surprisingly, 85% of journalists said that social media was less reliable than traditional media, however 13% said it was about the same and 2% thought it was slightly more reliable.

The study also covered what services journalists could get from PR professionals that they couldn’t get from social media, with access to sources, answers to questions, perspective on news, and not far behind high-res graphics at the top of the list. 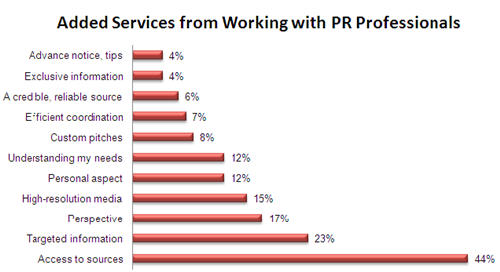 It’s pretty disappointing that the stand-out value journalists perceive from PR professionals is access to sources, something which comes with the gatekeeper role.

There is no question that PR professionals will continue to be valuable to journalists. However the rise of social media and online information is in fact superseding part of what journalists look to them for. This is just one of the challenges that PR professional must face, building on the issues covered a while back in my article on Six Facets of the Future of PR, still after all these years ranks #1 on Google for ‘future of pr’.

Predictions for enterprise social software and social network analysis The battlefield for mobile platforms and mobile applications becomes clear:...
Scroll to top
This website or its third-party tools use cookies to improve user experience and track affiliate sales. To learn more about why we need to use cookies, please refer to the Privacy Policy.