In the diagram below the green circles indicate the companies have been acquired, while a red cross shows the company has joined the dead-pool. (This was a quick review so I may have missed things – let me know if so.) 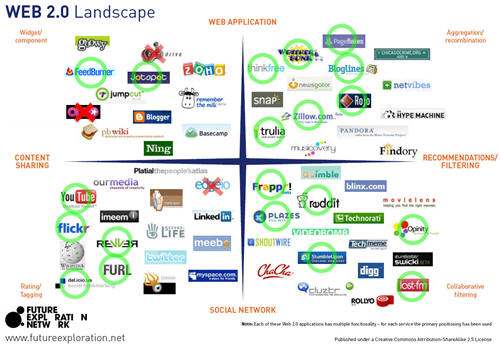 If you compare this with the review of the companies in probably the most famous overview of Web 2.0 logos and companies below, my list seems to have been quite a lot more successful, I suppose since I was selecting these as representing a particular aspect of value creation rather than being randomly selected.

[UPDATE:] I’ve just worked out that this means 32.7% of the companies in our list have been acquired in the last two years, which is pretty significant turnover. 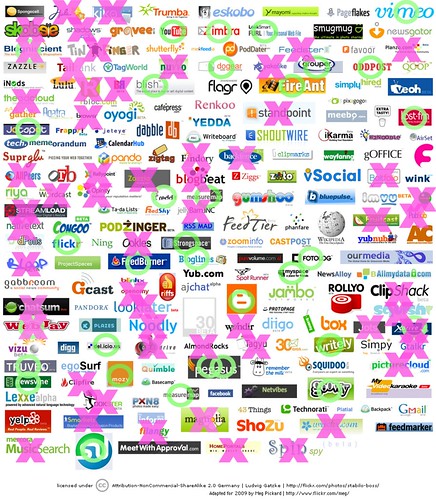 While this activity is over a period of two years, the very high turnover in companies (something like 70%) indicates to me more than anything else the pace of innovation in the space. Expect many more companies to emerge, and for most to either die or be acquired.

ABC Radio National: Beth Etling on the future of conferences – where is... Launch of the Influence Landscape framework (Beta)
Scroll to top
This website or its third-party tools use cookies to improve user experience and track affiliate sales. To learn more about why we need to use cookies, please refer to the Privacy Policy.