A number of companies are experimenting with internal crowdfunding.  This has the potential to be a successful way to spark innovation and evaluate employee-generated ideas. 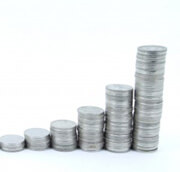 Given the attention that crowdfunding and Kickstarter have had in the media over the past two years, it is surprising that more large enterprises have not experimented with crowdfunding internally with employees.

Ideation platforms, where employees can contribute suggestions and ideas and then vote on the best ones to implement, are now commonplace in both large and small companies. Some of these schemes have been in place for over a decade.

Similarly, arguing the business case for your own initiative is now part of corporate culture, and some organisations have an “innovation” fund for new projects which may be regarded as extraordinary spend, above and beyond normal functional or departmental budgets.

With idea management widespread and pitching for funding part a frequent activity, perhaps enterprise crowdfunding is not such a huge cultural leap.

The advantages of internal crowdfunding

The advantage of distributing some budget for the employees to back different projects is it greatly increases the influence of the workforce and each individual on which initiatives are actually taken forward.

In traditional idea management schemes, a committee tends to sift through the most popular projects, but internal crowdfunding means there is a potentially deeper sense of involvement for all employees.

In turn this means more considered participation, better proposals, deeper engagement through the process (particularly if there are incentives), more ongoing feedback and the diffusion of an innovative culture.

The Harvard Business Review contains a fascinating interview with Michael Muller, one of the authors of an academic paper on IBM’s experiments.  Interesting details which emerge include:

While we believe more organizations are following IBM’s lead and experimenting with internal crowdfunding, so far few examples have emerged.

“Department staff can go to find resources –  including people’s time and expertise to help them get their idea off the ground.”

Here employees post descriptions of ideas and others can then pledge resources or support, with projects only proceeding once all the necessary commitments have been made.

While some other organisations have created forums to share resources through crowdsourcing – for example ING Bank’s Crowd Savers community – it is still unusual to create a Kickstarter-like facility.

One element which will make this easier is the emergence of off-the-shelf solutions such as Dutch start-up Intraboot specifically aimed at internal crowdfunding campaigns. Other  providers such as  Fundrazr provides a hosted crowdfunding platform for the enterprise which could be used externally or internally, either for charitable or engagement-led projects or something more business-focused.

One company which has revealed that it is looking into setting up an internal crowdfunding programme is Fidelity Investments through the Fidelity Center for Applied Technology (FCAT), the company’s innovation lab.  In a fascinating post FCAT describes how it is undertaking research to see whether a “Kickstarter” model could work internally.

Although the research is a work-in-progress early conclusions include:

The team also spoke to a large pharmaceutical company that tried to set up an internal crowdfunding initiative but met some barriers, including an inability for employees to make compelling pitches, an unwilling finance department, and not having the rewards in place to incentivize internal investors.

Despite the apparent lack of activity and some of the logistical and cultural roadblocks to overcome, IBM has shown that internal crowdfunding has the potential to work.

We hope more organisations continue to experiment with crowdfunding because it could be very powerful.

We are keen to hear from anybody who is currently doing anything in this area, or who knows anybody else who has implemented an initiative. If so please let us know in the comments below.

Updating the newspaper extinction timeline for the Arab world The future of credit unions is community
Scroll to top
This website or its third-party tools use cookies to improve user experience and track affiliate sales. To learn more about why we need to use cookies, please refer to the Privacy Policy.