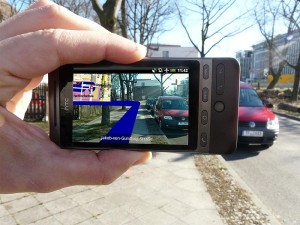 I was recently interviewed for an extended feature on the future of travel, Technologies that will change the way we book, plan and experience travel.

Below is a selection of quotes from the article.

On Virtual Reality and travel:

“Before travel, virtual reality is going to be significant in terms of people being able to get a preliminary experience of where it is they might want to go,” says Ross Dawson, futurist and founding chairman of Advanced Human Technologies.

“(You) may be able to wander though Rome in virtual reality, then say ‘all right, well actually that looks fantastic, I’d really love to be there’, so for … choosing and planning, virtual reality will be very significant.”

On Augmented Reality and travel:

“There’s really two major ways you can experience augmented reality – one is through a phone, the other is through glasses,” Dawson says.

“If you are a tourist going into a location, that may be useful enough to you where you would choose to wear glasses. You might not want to do that everyday, but if you’re going around a city and you can wear some glasses that are comfortable and actually gives you so much more richness to what you’re looking at, then that’s something you might choose to do as well,” he says.

On Real-time translation and travel:

“One of the very significant changes of travel is real-time translation. You’re already beginning to have ones which are text-based or sometimes voice-based. But we’re just on the verge of those being able to facilitate a real-time conversation with other people,” Dawson says.

On robots, autonomous vehicles and travel:

“We’re starting to see restaurants or retail [using] either automated or robot type assistance, which can be helpful … being able to speak English, if that’s your preferred language, or tailor their suggestions or what they’re doing to you or being able to interact with you in a way that’s useful to you.”

“It really comes down to regulation. Lot of uncertainty around that, but given the lead of the US and UK … there’s a good chance within the next five years it’s feasible we will have commercially available driver-less cars in some countries around the world,” says Dawson.

How Science Fiction shapes our future The Rise of the PR Freelancer – From Temporary Stop-gap to Long-term Solu...
Scroll to top
This website or its third-party tools use cookies to improve user experience and track affiliate sales. To learn more about why we need to use cookies, please refer to the Privacy Policy.