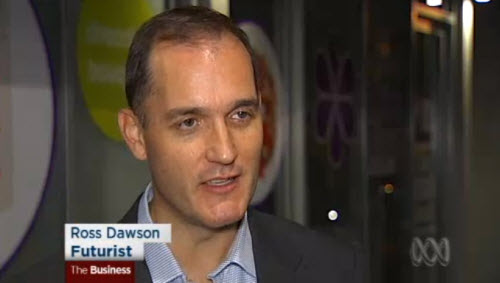 Having spent quite a few years working in capital markets, I have long seen that shifts in the broader economy mean we need new layers of capital markets.

There will also be a growth in companies that are less capital intensive. They will need less money and so will not be so attractive to investors. Over the next 25 years we will have more services companies and flexible, loosely arranged organisations that do not need investment funds,” Dawson says. “Whole new layers of investment companies will build up around smaller sectors, such as micro-caps.

and I wrote that:

There is a massive potential market in providing capital and services to very small participants in the modular economy, while also providing opportunities for investors to participate in this burgeoning sector. Mechanisms such as sharing in defined ways in future cash-flows of individuals or very small organizations could prove to be viable for both entrepreneurs and investors.

One of the points that came out in ABC news piece was the relationship between new funding forms such as crowdfunding and existing funding structures.

As the bank spokesperson noted, crowdfunding is unlikely to impact in any significant way the existing loan portfolio of banks.

That is the point: crowdfunding is additional to existing funding mechanisms. The impact on existing structures will be minimal. However many great ventures that never would have been possible before now have the opportunity to come to fruition. Almost no projects on crowdfunding platforms would have any chance of getting bank lending. A handful would have a chance to get traditional seed investment from angel investors. However in the vast majority of cases, worthwhile projects and endeavors are happening that in the past would have never got beyond an enthusiastic idea.

Efficient capital markets are about allocating money where it can have the greatest impact. Moving on from a purely financial view, contributors to crowdfunding projects are often taking artistic and social perspectives on where they allocate their funds.

The new layers of capital markets that are just beginning to surface through the early stages of crowdfunding will enable many new possibilities for the economy, society, and entrepreneurs. It won’t be a smooth path, but more dynamic capital means a more dynamic economy and society, uncovering new layers of value for all of us.

The launch of Hub Sydney – crowdfunding memberships and distributed value... Relaunch of Advanced Human Technologies Group website and new blog
Scroll to top
This website or its third-party tools use cookies to improve user experience and track affiliate sales. To learn more about why we need to use cookies, please refer to the Privacy Policy.