Many people are curious about the steps that futurists take to build a name for themselves in the futures industry. As a result, futures thinkers are often asked, “How do you become a futurist?” While there is no single career path that all futurists follow, here are several common threads that connect the learning and career history of leading futurists.

What is striking about the backgrounds of prominent futurists is their individual and collective diversity. The education, industries, and geographical locations of today’s futurists are wide-ranging and sometimes surprising.

Exposure to variety in study, work and society

From film to writing to technology and more, futures thinkers across the globe engage with manifold domains. Some eventual futurists, including leading futurist Ross Dawson, intend to develop a well-rounded career history before adopting the futurist label. Dawson writes in a blog post, “When people ask me what is my background that prepared me for being a futurist, my response is ‘varied’. I worked across six distinct careers in several countries before engaging in my current path.”

Other futurists start their careers without necessarily intending to become futurists. Instead, they gain exposure to a variety of disciplines and gradually discover that being a futurist would be an interesting career suited to their strengths.

For those who aspire to become futurists, it is important to develop a deep understanding of systems thinking. In the experience of futurists from Genevieve Bell to Amy Webb to Rebecca Costa, travelling and living in diverse countries and cultures can help to form a systemic worldview. Costa attributes her ability to see the “big picture” to her cross-cultural upbringing and education in Japan, Laos and the United States. 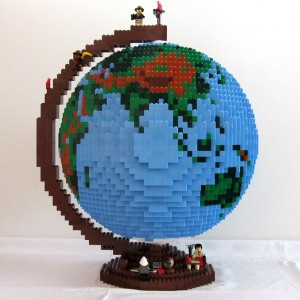 Futurists sometimes face skepticism from members of the public who misunderstand the real role of a futurist, thinking, for example, that futurists are like astrologists! Consequently, for people who decide to build a name for themselves as futurists, credibility is key. Futurists also need to be credible so that the people they work with are engaged and receptive.

One way to gain credibility is to complete a tertiary futures studies program. The Acceleration Studies Foundation provides a helpful list of futures studies courses from around the world. For futurist Maree Conway, studying the Masters of Strategic Foresight course at Swinburne University of Technology, Melbourne, was a life-changing experience. Conway reflects on her website that “The concept of responsibility for future generations and being a good ancestor struck a real chord with me, and by the end of the two years of the course, I had decided that I wanted to work in the futures field.”

While study can help to boost credibility and define one’s career direction, a large part of the capabilities of a futurist is often self-taught. The path of self-education can involve building experience in one or more careers, seeking out professional development, and maximizing opportunities for mentoring and networking.

Although increasing numbers of futurists are studying and teaching futures programs, the game changer for most futurists is their career development. Major fields that futurists emerge from include science and technology, marketing and trends, social studies, anthropology, and the environment and sustainability. Within these disciplines, there are three main pathways that futurists tend to follow:

1) working at a consulting firm
2) corporate roles as in-house consultants or futurists, and
3) founding their own consultancies or strategic foresight businesses.

Across all of these pathways, expertise in strategy and planning is crucial.

Several professionals have donned the “futurist” label after the publication of future-thinking articles or books that have become widely known and appreciated. For Ross Dawson, the “futurist” breakthrough came after the publication of his book, Living Networks, in 2002, where he outlined the upcoming explosion of social networks. Another example is futurist John Naisbitt, whose 1982 book Megatrends inspired millions of readers, including futurist David Houle. 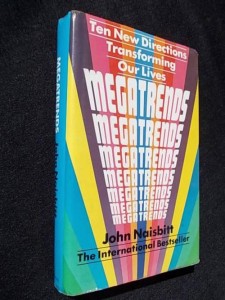 Most futurists today harness the power of social media to improve public recognition of their work as a futurist or as a futurist by another name, such as a foresight practitioner or futurologist. Prominent futurists usually have thousands of followers on Twitter, as well as using Facebook, LinkedIn, YouTube, Google+ and other social networks for maximum effect, by sharing some of the fascinating and useful insights into the future they glean from their work.

Professionals from a range of fields often develop their personal interest in the future by reading the latest literature on future trends, forecasting, organization and system change, science and technology, and other forward-thinking topics. They may also attend conferences and seminars about the future and join professional associations such as the World Future Society or the Association of Professional Futurists (APF). Candidates to join the APF must be recommended by a member and must meet two of the six selection criteria, which span employment as a consulting or organizational futurist, obtaining a postgraduate degree in futures studies, or demonstrating competence in teaching, writing or speaking on futures theory or methodology.

The process of learning about the future can be boosted by closely connecting with one or more professional futurists. Following them on social media is a starting point, but working for them or learning from them through direct mentoring can be a powerful asset. The benefits of mentoring for inspiration and know-how are vouched for by futurist danah boyd, who looks up to Genevieve Bell as a mentor in the technology space, and futurist Glen Hiemstra, who learnt from Ed Lindaman, an early member of the World Future Society.

The power of media

One way to solidify your education and expertise in particular fields is to develop a media presence. Most prominent futurists have their own websites that include links to their recent mentions in newspapers and their interviews on television or radio. If major media channels recognize your work and describe you as a futurist, this strongly supports your positioning and your ability to create value.

Creating value as a futurist

Becoming a futurist is not simply about forging a career, making money or acquiring fame. Futurist Ross Dawson believes that futurists have an important purpose: to create value for clients and the world around them. To achieve this goal, futurists must encourage leadership at all levels; that is, they must inspire other people to help create brighter futures. 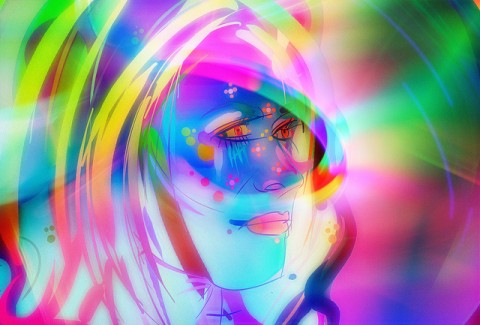 Harnessing the power of innovation: networks are at the heart Join Us in Creating the Future of PR!
Scroll to top
This website or its third-party tools use cookies to improve user experience and track affiliate sales. To learn more about why we need to use cookies, please refer to the Privacy Policy.