Research company Nielsen has just released detailed statistics on online activity, focusing on social networks and blogging, which at 22.5% of time spent online dominate Internet usage, with more than twice the next category games, at 9.8% of time spent. Below are a few highlights and comments from the full report. 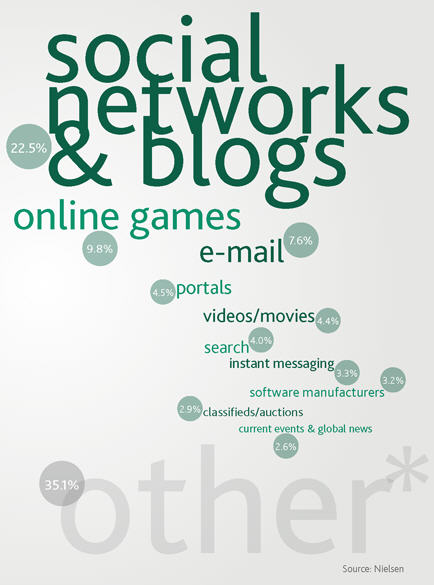 Facebook completely dominates the social networking and blogging space, with over 70 times the next most prominent social networking site. Interestingly Tumblr’s dramatic rise (+183% over the last year) has taken it to overtake Twitter in time spent online. However Nielsen’s methodologies look only at website visits and don’t the majority of time spent on Twitter, which is on web and mobile clients. Facebook also dramatically surpasses the amount of time spent on Google, however Google is still mostly not a destination site. Over time initiatives such as Google+ may change that. 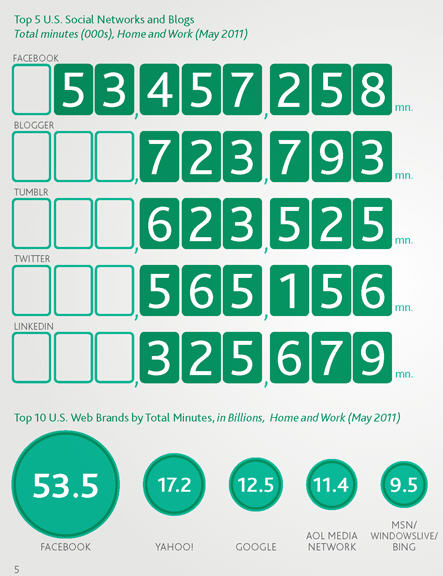 While 97% of people access social networks from computers, 37% access them from mobile phones and a cumulative 6% from iPads, e-readers, and handheld music players. The proportion of social networking done on mobile devices will undoubtedly continue to rise. Social networking is the second most valued feature on smartphones after GPS. 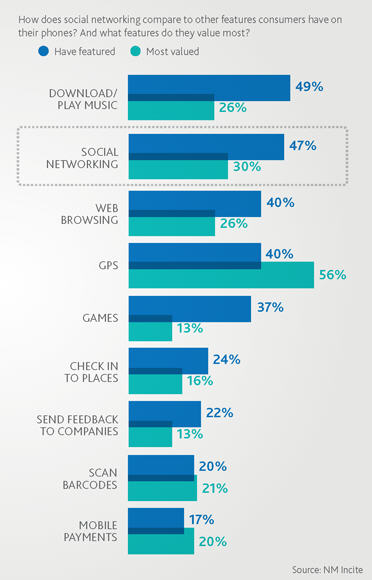 In addition, Nielsen reiterated research from last year showing Australia is #1 in usage of social networks, saying that Australians spend 7 hours 17 minutes per person each month on social networks and blogs, first out of Nielsen’s Internet-metered markets: Australia, Brazil, France, Germany, Italy, Japan, Spain, Switzerland, U.K., and U.S. This is 25 minutes more per month than the previous data 16 months earlier.

Support for crowdfunding in Obama’s Jobs Bill is taking it mainstream Revisiting the future of PR
Scroll to top
This website or its third-party tools use cookies to improve user experience and track affiliate sales. To learn more about why we need to use cookies, please refer to the Privacy Policy.