Permanent work from home, or ‘remote-first’ is becoming a mantra for some of the companies considered the best places to work in the world. But decades before Covid-19 and hot desking changed our lives, the internet enabled the truly virtual organization.

Connectivity and productivity tools spanning global networks opened up a global talent pool – why limit who you could hire to just one country? The virtual organisation could bring together teams of people from multiple countries without them ever needing a central office.

Today these organisations are mature, large and successful, writing the manual on how best to manage people from afar.

Here are the top ten pioneers showing how workforces can collaborate from anywhere.

Emerging from the Y Combinator accelerator programme in 2015 with US$1.5 million in funding, GitLab co-founders Sid Sijbrandij and Dmitriy Zaporozhets were told to get an office. People they respected argued ‘remote’ may work for engineering, but it wouldn’t work for other functions like sales.

And so they stumped up for a 15-person office space in San Francisco. Their first sales hire showed up to the office for a few days, and then stopped coming in. Seeing the writing on the wall, they committed fully to remote – “The worst thing you can do is have a hybrid company” says Sijbrandij.

GitLab sells subscriptions to support its open-source dev-ops platform, used by more than 30 million people around the world to help speed up software development timeframes. Its entire team of almost 1,300 people work remotely, across 65 countries.

In 2019 GitLab raised US$268 million in Series E funding, valuing the company at US$2.75 billion. As part of its extensive “Remote Manifesto” the company opens up every document for editing by anyone. Sijbrandij says investors that were early skeptics of remote companies are now advocates, seeing remote as a big competitive advantage.

How does “help make the web a better place, work wherever you like and take as much leave as you want’ sound? It’s an offer few companies could match at the time when Matt Mullenweg founded software firm Automattic in 2005.

Mullenweg eschewed the word ‘remote’ for ‘distributed’ to reflect his belief that talent and intelligence are equally distributed around the world, but opportunity is not.

Automattic is not a household name like its web publishing success WordPress.com it is one of the biggest distributed companies in the world. Its team of more than 1,300 people work across 79 countries. Its goal is to democratize publishing, and it’s also the company behind Longreads, Crowdsignal and Tumblr.

In September 2019 Automattic raised US$300 million from Salesforce Ventures, valuing the company at US$3 billion.

Toptal co-founder Taso Du Val’s ‘aha’ moment on remote working came, he says, when he realised he was having a better experience working remotely with people in other countries, than “the supposed best experience that life could possibly offer” alongside engineers in Silicon Valley.

Founded in 2010 by Du Val and Breanden Beneschott, Toptal now claims to be “the world’s largest fully remote company” connecting “the top 3%” of freelance talent all over the world.

As interest in the company grew, Du Val told all potential investors Toptal would never have an office, and would “scale to tens of thousands of employees around the world with or without your help”. He had already bootstrapped the company to profitability, in part by accessing talent cheaper than that available in the US.

Today, Toptal’s own team is made up of more than 600 people across 70 countries.

Toptal also runs staffing.com to showcase the gig economy and what’s happening at the forefront of remote work. In 2020 the company released “The Suddenly Remote Playbook” to help companies forced to manage a distributed workforce in the wake of the Covid-19 pandemic.

If an engineer wants to work at task automation firm Zapier, they must also sign up to do a regular stint in customer service – so they can see exactly where customers are getting frustrated with the product.

Today Zapier has a fully-remote team of around 350 employees across 24 countries, and Zapier has integrations with more than 2,000 apps.

In 2017 Zapier introduced a US$10,000 package to help prospective hires “delocate” from the San Francisco Bay Area, a move Foster says helped drive a 30% boost in job applicants from around the US.

Foster says the key to remote work success is hiring for communication skills. If you can’t write down or articulate your thoughts clearly, you probably won’t do well in a remote setting.

When Yahoo! CEO Marissa Mayer infamously decreed in 2013 that all the company’s remote workers must start coming into the office, Basecamp founders Jason Fried and David Heinemeier Hansson responded with their second book busting the myth that remote work kills collaboration.

Basecamp started out as a web design company named 37signals (after the 37 radio telescope signals identified by astronomer Paul Horowitz as potential messages from extraterrestrial intelligence), before morphing in 2004 into the productivity software company it’s known as today. Its 3.5 million accounts are supported by a team of fewer than 60 people, but they all work remote.

Being distributed has been no barrier to the company’s success – it shunned venture capital on its road to profitability, though does count Amazon founder Jeff Bezos as its single external investor. 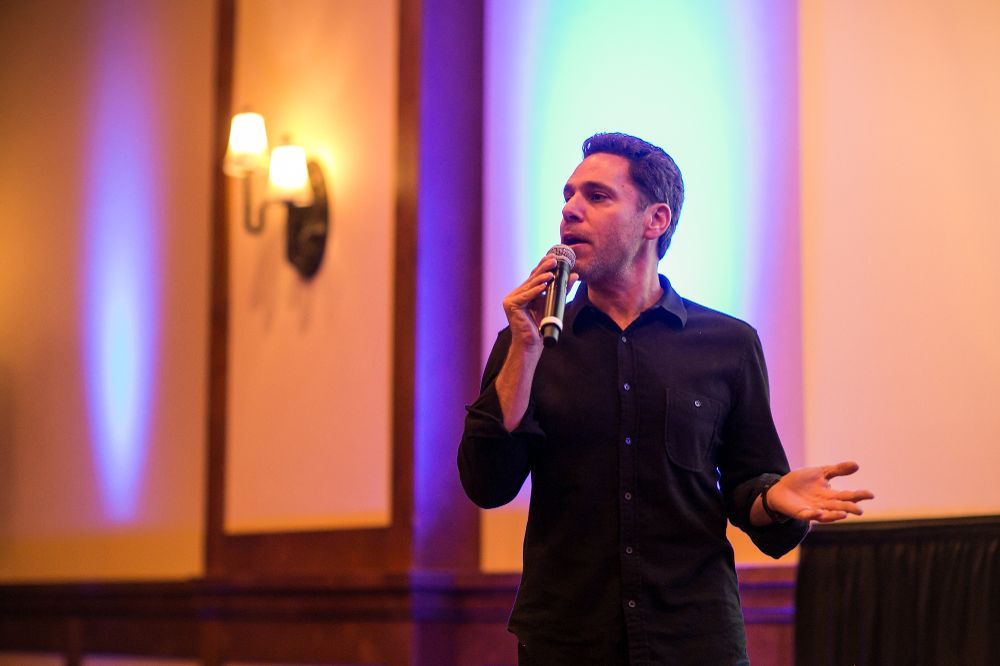 When Adam Schwartz founded Articulate in 2002, there was no Slack, Zoom or Google Hangouts, but that didn’t stop Schwartz hiring across borders to get the best talent. And he’s been able to scale his distributed workforce to almost 300 people, who now trade more than 40,000 Slack messages a week.

The company builds online training apps used by customers in 161 countries and Schwartz says its better at collaboration and communication than many traditional companies because it “hasn’t had the luxury of assuming it’ll just happen organically”.

Inspired by what could be done remotely when their former firm was acquired by Citrix, Aha! founders Brian de Haaf and Chris Waters built Aha! as distributed from day one. A company with no venture funding, no offices, and no salespeople.

De Haaf describes this more “human centred organisation” in his book Lovability, one where people who share core values are more important than any office. He says companies that have been unable to make the remote model work can’t blame their people or lack of headquarters.

“It’s that you weren’t clear what the vision was and (you) didn’t have a model for success to actually get there.”

Seven years on from its launch Aha’s product roadmap software has 400,000 users supported by 180 people in six countries.

Operating in the now cluttered productivity tools space, Time Doctor was launched in 2012 by Canadian Liam Martin and Australian Rob Rawson of Staff.com.

Rawson wasn’t always a convert of remote work – his mindset used to be “business equals office”. It was his desire to get a handle on what his outsourced offshore team was doing that actually helped spawn Time Doctor, software that helps organisations manage remote teams by tracking work hours.

Today, Time Doctor’s team is fully remote, made up of more than 100 people working across 31 countries. They’re so committed to remote work that they run the world’s largest remote work conference. Rawson says Covid-19 has been a “massive accelerator” of a trend that was already becoming mainstream.

Billing itself as “the world’s most energizing community for developers” X-Team is a freelance developer agency connecting developers from more than 50 countries to projects at companies around the world.

Every year developers that join the group receive US$2,500 to spend on “what energizes them”. They can visit an “X-Outpost” hacker house in an exotic location to combine their love of travel with work. The company also runs X-Summit to bring together its distributed team once a year.

Inspired by James C. Collins’ bestselling book Good to Great, Australian founder Dave Rosen split the company in two in 2014 to ensure the team size stayed at a level where everyone was in sync.

Born after the company’s consulting clients kept asking for the time tracker it used to measure billable hours, Toggl began its bootstrapped life in Estonia in 2007, but didn’t become a virtual organisation until 2014. Founders Alari Aho, and Krister Haav now have a fully-remote team of around 80 people across 30 largely European countries.

The Toggl manifesto reminds users that being busy doesn’t equal being productive, a mantra endorsed by tennis player Serena Williams who told Fast Company she uses Toggl to track time with her daughter.