Many have said that the brain and mind are the final frontier of science. Indeed, very little is known about that gray mass of cells in our skull that plays an important role in cognition; regulation of heart, lung, and other systems and functions; movement, and more. With approximately 100 billion neural connections, our brains are capable of processing billions of bits of information per second. The latest trend in unlocking the mysteries of the mind is brain-computer interfaces.

In the public sector, initiatives such as the Human Brain Project have sought to accelerate research that can help us learn more about our own brains, in order to be able to better treat diseases and improve cognitive functioning.

In the private sector, a number of companies are working to develop effective brain-machine interfaces for a wide range of uses. Read on to learn more about seven companies focused on direct communication from human brains to machines and the technologies and approaches they are using to make the future arrive faster.

Founded by Tesla CEO Elon Musk, the ultimate goal of Neuralink is to create a symbiosis between the human brain and AI, specifically merging computers with the human brain. They are building devices that will help people with paralysis, memory loss, hearing loss, blindness and other neurological problems.  Ongoing projects seek to outfit the human brain with thin threadlike electrodes – sewing the ‘threads’ into the brain — so that the brain’s cells can be directly accessed and manipulated using artificial intelligence.

The company has looked to academia to hire several high-profile neuroscientists who can lend their expertise to developing the new frontier of brain-machine interfaces. Since its founding in 2016, Neuralink has received a total of $373 million in funding  with the latest round raised on July 14, 2022

Neurable describes itself as a company focused on bringing technology from the lab into the real world so that neurotechnology is simple and accessible enough to use in your everyday life. For them, that is creating cognitive measurement tools and developing a way to measure the brain’s emotional state, specifically designed for attention, which could be even more specifically defined and understood as “cognitive load.” The company made news in 2017 for inventing the world’s first brain-controlled virtual reality (VR) game where players wore an EEG headset while they sat in front of a computer and were asked to drive a remote-controlled car around with their minds.

Today, they are in conversations with various wings of the military to use Neurable devices to increase performance for the military with the goal of reducing training time. In June 2021, they launched their Enten Headphones: Smart Headphones for Smarter Focus Habits on IndieGoGo which received $231,000 from 1,051 backers. Neuralink’s total corporate funding to date amounts to $9.3 million.

The Emotiv headset range consists of the top-of-the-line Epoc Flex for professionals and Insight for consumer use. These come with their corresponding apps called Emotiv Pro and Emotiv BCI. Needless to say these cover any level of research whether from controlled laboratory settings to the hobbyist wanting to monitor his own brain functions.

Kernel is building the next generation of brain measurement systems by leveraging the strengths of time domain-functional near-infrared spectroscopy (TD-fNIRS). Their Kernel Flow debuted in 2021 and is the world’s first wearable full-head coverage TD-fNIRS system that maintains or improves on the performance of existing benchtop systems and has the potential to achieve its mission of making neuro measurements mainstream.

The original goal of Kernel was to develop a way to store memories outside of the brain, and upload new memories to the hippocampus, the brain’s memory center.  In 2017, their founder and CEO Bryan Johnson talked about boosting human intelligence using neural chip implants.  Like Neuralink, Kernel has also been recruiting academic researchers who can contribute their expertise to accelerate the pace of innovation.

NextMind technology decodes the attentional focus from your brain activity and allows you to control digital interfaces directly with your mind, in real-time. The NextMind Dev Kit offers an easy solution for anyone wanting to create mind-controlled applications, without having to deal with the technical challenges of brain signal processing.

They made waves at CES 2020 for its wearable brain-sensing device, the first of its kind in the industry. A fancy EEG that can record the brain’s electrical activity, the NextMind brain sensing device is lightweight and uses machine learning to translate EEG activity into commands. As described by NextMind’s founder Sid Kouider, this is a step up from eye-tracking software used for years to seek and examine cognition noninvasively. In March 2022, NextMind was acquired by Snap for an undisclosed sum.

Founded in 2013, MELTIN’s first goal was to recreate the hand, the most intricate portion of our bodies. Their MELTANT-α/β cyborg is a robotic hand used by a human user to create motions as similar as possible to our own hands while adding features such as enhanced flexibility, speed, strength, power, and accuracy.  On the medical front, they offer the MELTz Hand Rehabilitation System for patients with hand paralysis such as those recovering from a stroke.  The company has now set its sights on other modalities beyond movement, such as vision. 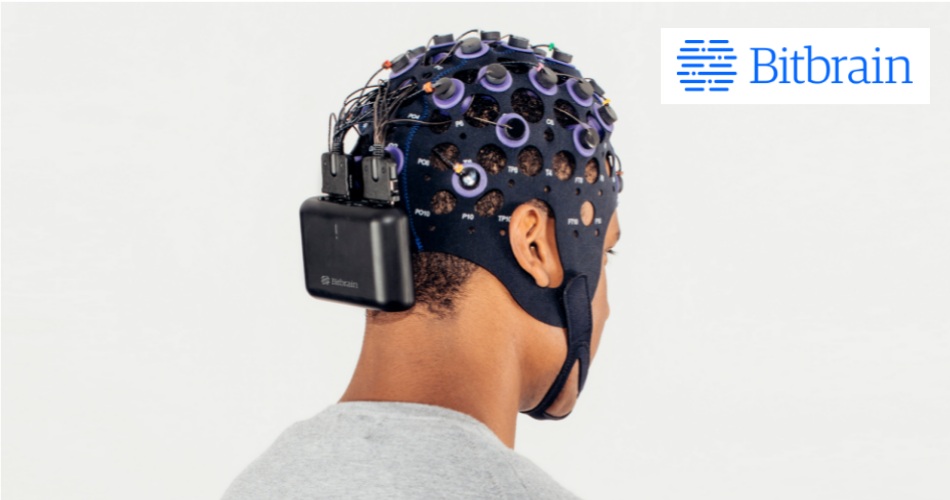 Bitbrain is a brain technology company that combines neuroscience, artificial intelligence, and hardware to develop high-tech EEG brain sensing devices and other human monitoring technologies, together with software solutions for real-world applications and research. Bitbrain is recognized as a world reference for B2B neurotechnology solutions.

Launched in 2010 by researchers at the University of Zaragoza in Spain, Bitbrain offers a slew of state-of-the-art wearables and monitoring software. The product applications range from controlled laboratories to society at large which have informed the neuromarketing and cognitive enhancement fields.

The future of brain-computer interfaces remains exciting.  With the advance in machine learning and artificial intelligence tools, coupled with the increasing power of computer processors, it may not be long until the neurotechnologies championed by these companies become a reality.