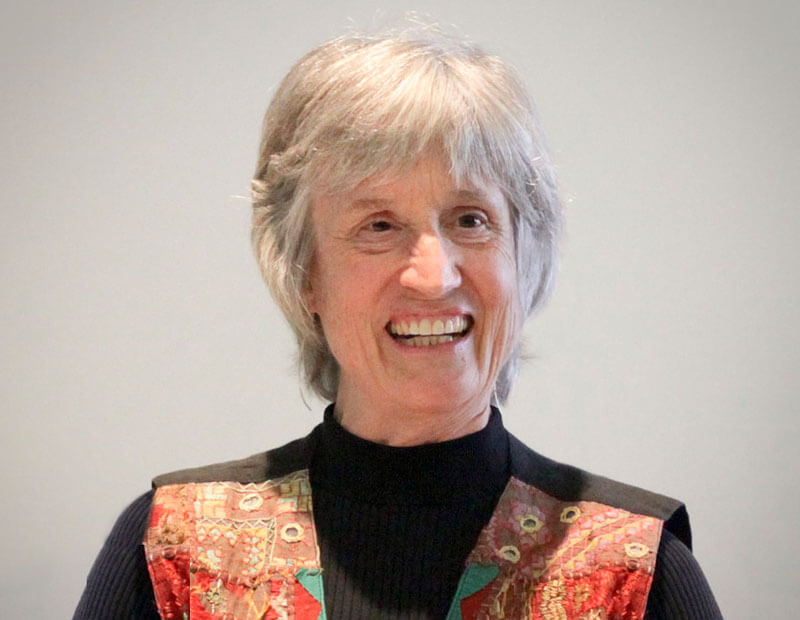 There are few modern thinkers more prolific in their foresight of things to come than Donna Haraway, a Distinguished Professor Emerita at the University of California, Santa Cruz.

Her seminal work, A Cyborg Manifesto, outlined explicit predictions for the ways in which the increasing presence of technology would make significant changes in our everyday lives as well as in economics, science, education, government, and more.

From sex tech to smart homes, Haraway has foreseen some of the most exciting innovations in recent history. A Cyborg Manifesto is a crucial text in particular because it helps us see the world as more than black and white; it raises the possibility of fusions—much like machine/human hybrids or cyborgs.

“Cyborg imagery can suggest a way out of the maze of dualisms in which we have explained our bodies and our tools to ourselves,” stated Haraway.

A Cyborg Manifesto is a thought experiment that challenges the boundaries between human life and technology. Written more than 30 years ago, Haraway’s essay used the concept of cyborgs to theorize extremely accurate predictions of the ways technology would impact different aspects of society.

Haraway’s predictions in this work are extensive, but here are a just few examples of her foresight:

In her manifesto, Haraway anticipated that technology would become increasingly intertwined with biological human sex—and eventually become one in the same. Take for example sex robots, genetic engineering, and the online streaming adult content. When it comes to the reality of the modern world, these inventions are not separate from biology, but rather an integral part of the way humans view and partake in sex.

Haraway predicted the entanglement of sex and technology that had already begun and would evolve. For instance, Haraway foresaw how genetic engineering would cause a shift from biological selection to “optimal genetic strategies.” You’ve probably read a lot about genetic engineering in the news, which has been surrounded by much debate regarding the ethics of precise gene selection for those who can afford it for their unborn children.

“Microelectronics mediates the translations of labour into robotics and word processing, sex into genetic engineering and reproductive technologies, and mind into artificial intelligence and decision procedures.”

A crisis of ethics in technologies, such as in regard to genetic engineering, leads us to Haraway’s next prediction: the increasing importance (and continued lack) of diversity in the tech industry and STEM fields.

Importance of diversity in tech

Haraway expected the “continued intense sexual and racial division of labour” that is seen today in Silicon Valley’s “bro culture” as well as in the challenge to subvert it and launch inclusive tech companies.

For Haraway, technology is political, and who makes decisions about technology matters. Genetic engineering is a perfect example of this. According to Haraway, “the issues that really matter—who lives, who dies and at what price–these political questions are embodied in technoculture.”

This being said, she also predicted the “considerable growth of membership in privileged occupational categories for many white women and people of color.”

Haraway understood that women and people of color would increasingly gain access to more leadership roles in white/male-dominated sectors. She, however, noted this within the context of continued divisions of labor in order to point out that these are exceptions, not the norm.

With her discussion of a “cyborgification of the home” Haraway envisioned the “technology of domestic work, paid homework, home-based businesses and telecommuting.” For Haraway, technological integration into everyday life meant that factory, home, and market would be integrated on a new scale.

Well before online and social media marketing became popular, A Cyborg Manifesto mentioned the precise targeting of individuals by marketers. Haraway anticipated the evolution of advertising to target “numerous affluent groups and neglect of the previous mass markets” as well as the increasing role of women as consumers.

Haraway’s essay not only discussed the integration of technology into our everyday lives. It also examined the ways in which technology would integrate into global economic systems. A Cyborg Manifesto predicted the rise of artificial intelligence, mechanical labor, and robotics, including the crisis of unemployment these innovations would yield.

Haraway described “a competitive race among industrialized and industrializing nations to avoid dangerous mass unemployment” which “necessitates finding ever bigger new markets for ever less clearly needed commodities.” In other words, we are creating commodities just to create jobs, not because they are useful.

Tech leaders such as Sam Altman and Elon Musk have spoken openly about the threat of artificial intelligence to employment. According to Fast Company, Musk told the crowd at the 2017 World Government Summit in Dubai:

“There will be fewer and fewer jobs that a robot cannot do better. I want to be clear. These are not things I wish will happen; these are things I think probably will happen.”

These predictions were not made without purpose.

“I want to suggest the impact of the social relations mediated and enforced by the new technologies in order to help formulate needed analysis and practical work,” explained Haraway.

The usefulness of A Cyborg Manifesto is that its predictions are framed within a humanist lens. This not only allows us to see how technology will shape our lives. It also ensures we are explicitly aware of the social impact of innovation.

Haraway lets us know that that technological progress cannot be avoided and should not be feared. That being said, innovation must go hand in hand with ethics and social consciousness in order to avoid inequality, abuse, and stagnation.